A friend of mine had introduced me to Shaman Durek’s Instagram page @ShamanDurek in January of 2018, shortly after I started my business as a psychic medium. At first I didn’t know what to think. He was speaking on things I had never heard of. One day I watched one of his Instagram Live sessions where he was doing a shamanic healing on a woman. I began to have experiences during her healing.  I had physical reactions which involved sensations and coughing. Just when I wondered why I was having the experience he explained to the viewers how to shield from the experience. I followed his instructions and the symptoms subsided. I became absolutely intrigued by the magic I experienced. He had such a loving energy. I sent him some messages and he answered me which I wasn’t expecting. It was as if my soul had always known him. I even gave him a little bit of a reading at the time and he said “you are very powerful”. At the time I felt I wasn’t powerful at all. I felt I had to book a session with him. It is my strong desire to help other and I knew he could help  me boost my work to the next level.  By April I was able to schedule an appointment with him in Hollywood. I drove over 6 hours from the Bay Area to see him in LA.  I was beaming with excitement. I didn’t know what to expect. 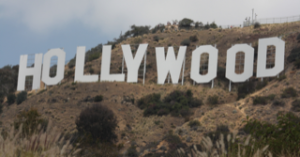 I arrived Shaman Durek’s home in Hollywood and was greeted by Sam and the two cutest little dogs. I was taken down a hallway. At the end of the hall I saw Sam reach for a book on a shelf. But it wasn’t a book he was reaching for it was a door. I couldn’t believe that this situation had actually just gotten stranger as I walked through the Harry Potter like door. Sam offered me some water but I declined feeling to nervous. to consume anything. The room was lined with very long black velvet sofas and black velvet curtains. As I sat there waiting, I felt an immense amount of energy. I felt like I was in a crowded room of people. I started feeling watched and had a strong desire to bolt from the room when suddenly the door opened. There he was beaming with beauty.  Shaman Durek is a beautiful man in all description from physical appearance to his energy. He was wearing a camo jacket with shorts and black vans.  He seemed like an  old friend and when he hugged me I felt like my physical body disappeared and as if our energy merged and swirled about. It is hard to describe it other than it was the most intimate and magical hug I have ever experienced.

We sat down and began a casual chat and then he said the spirits want to know why……. and he started asking me a series of questions about repeat experiences where I had ended up being a victim. I was stuttering at this unexpected line of questioning and feeling that this can’t be what this is about. Am I responsible for so many things? Yes, I was, we are responsible for what we call to us. 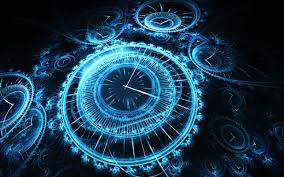 He instructed me to lie down on the long sofa. I started feeling these strange twinges before he spoke a word. He started chanting and instructing the spirits to send electricity through my body. I felt it before he said it and the more he chanted  and spoke the more intense the sensations became. I was shaking and experienced a  lifting feeling I also felt  as though someone was digging inside of my stomach. He suddenly repeated words to me that hurt me as a child saying they weren’t true. No one knew what he just had said to me so I was in shock as it flew out of his mouth as my body was jerking and reeling. I started crying so hard that tears were streaming down my face in sheets. I could barely catch my breath. Then the coughing and the gagging began as he asked the spirits to remove the poisons from my body. Before I knew it there was a bucket in my lap and I was doing deep long heaving gags. Purging from my soul the “poisons” as he described. As my body was starting to relax and his chanting had stopped he called upon fairy’s. I honestly didn’t know there was such an energy to call upon.  He asked them to bring me joy and I started laughing uncontrollably. He told me he unlocked my power and my life was going to change. I looked at him and I said things are going to be completely different by next year at this time and even more different by June. He said yes. He then spent an extra hour teaching me how to wield this new power. How to call on knowledge when needed. He told me when you work with people you will be able to know whatever you need to know about them. He was so kind to me spending extra time with me and letting me get back into my human grove again before leaving.

Over the next few days I started seeing a different version of myself. I had an awareness about my own feelings and actions and started seeing people differently. I started seeing the true reasons behind what they were doing. Everything seemed so magical and my already natural abilities as a medium enhanced.

Instead of just giving my clients a message from the other side, I started helping them heal the deeper traumas in their life. I started performing guided meditations where clients reported feeling a different awareness and lighter. My repeat clients have claimed their life has completely changed for the better. As my sessions changed I contacted Shaman Durek and told him of my surprise shift in my work. I said my clients seem to be having a shamanic experience though they don’t throw up or gag. Shaman Durek just simply pointed out that I trained with him so I shouldn’t be surprised. I really had no idea until that moment just how much he really opened the door for me to find my deeper connection with the universe.

Shaman Durek is very busy but always takes time to support me.  He has been an amazing friend and mentor. I was able to connect with him at his Infinite Love event in San Francisco. It was an amazing time with such a powerful energy. Not to mention I got another one of his famous hugs.

It has been over a year and I have to say everything we talked about in my session has happened. I just signed a contract with a talent manager in the Los Angeles area (more about that coming soon), my business has grown along with my abilities to help others. The most important thing I learned from Shaman Durek is I am powerful and so are you. To book a session with me click here